My neighbourhood shipyard on the left 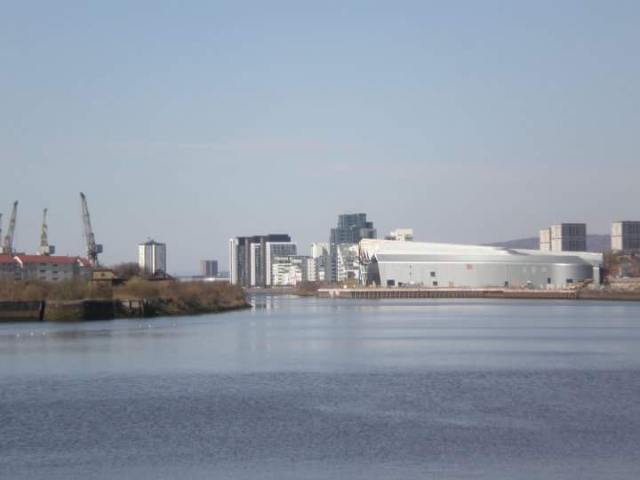 The night prior to my discharge from the Spinal Unit, during my send-off party, my then partner called to say she, personally, could not cope with the new demands my needs would place on her. It was to prove to be the best thing she could ever have done for me,  though I admit, it did impact on the party somewhat.

Given our old flat In Aberdeen, it had been known for some time, in the circumstances, would be nowhere near suitable, the plan on discharge for me had been set to return to Aberdeen Royal Infirmary while an adapted flat was readied for me (us) on the outskirts of the city. Travelling to Aberdeen in the patient transfer vehicle, I already knew I couldn’t see any viable future there, given my job and now, at such a late stage, my relationship had ended.

Within a month, I would be back in Glasgow, living back with my parents, while my name and situation was touted around the local area authority housing lists. My parents lived two up in a modern tenement block. I had learned in hospital how to climb and descend steps with my calliper and crutches, and given the limited options, this was my only short term option. The three flights of steps were to become an early test of my mindset towards my disability. Thankfully, barring some initial wariness, the stairs were no deterrent to my coming and going.

Being in such familiar surroundings helped greatly in this early period of adapting to being home in a wheelchair. My parents and sister being on-hand helped with confidence. I would get around in the flat using my calliper and crutches and after initially trialling walking outside, I soon understood my wheelchair was the best option out of doors, given I was so slow on my feet.

Soon enough, I was keen to explore again. Any fear had been replaced by determination and a level of clarity of thought and logic I had never before known in myself. Scatter-brained just about covers my mind before all this. My mind was in tune with my disability, that was of massive comfort to me. Physically, it was now up to me.

Glasgow would prove to be of comfort too. Physically, given my level of disability, it was not too taxing and inspired me often to push myself further. Logic and research dictated my choosing routes and venues around the city most suited to me and my chair. Access and Toilets held the key to city rolling. I would often forego Public transport in favour of the push. The appalling state of accessible transport Infrastructure around the country is to our shame but this, inadvertently, would also encourage me to improve physically. Amazingly, even without a drink on a Saturday, Glasgow belonged to me, again.

I had read reports of resentment and the singling out of disabled people for public abuse and hatred in towns and cities but I have met nothing but kindness from all walks of life. I’ve never hidden away and rarely felt excluded. Those things which have always been most important to me socially, around the arts mostly remain, mostly accessible. Alternative arrangements can be arranged, asking for assistance is no hardship, and simply choosing not to go are all viable options.

Towards autumn, I would begin to view some housing offers. Castlemilk – too hilly. The second offer, Elderpark… Govan really. Rab C Nesbitt and Wine Alley territory. But the flat – ground floor, in a ‘quiet cul-de-sac’ – appealed. Accepted. A true test centre to being singled out for anticipated abuse and hellfire. Bring it on, Gov….Elderpark!

It was leafy, the Elder Park itself on my doorstep, model boats sailed on the park pond of a Sunday. Waking up to the nearby shipyard horn calling in its workers, was always joyous, knowing there was still work on the Clyde that day. The local Library became an instant friend and nearby Braehead, where I had been taken to while in hospital to practice manoeuvring in public, was an always comforting place to return to, while the Spinal Unit often proved to be a halfway house to the mall. Old Govan Parish Church should be on any visitors hitlist for the historic stones

I’d also learn Govan is home to the best Chinese take away and Munchy Box I have ever experienced. 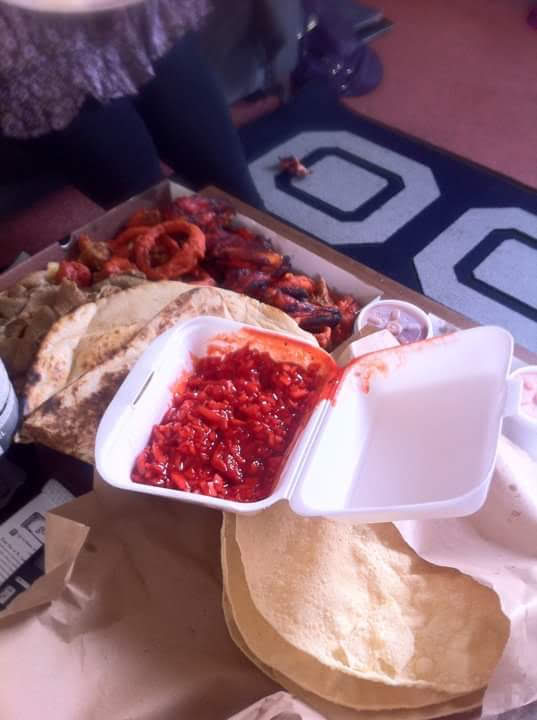 I soon got to know I had lovely neighbours and generally, I’d learn that Govan folk, yes, are hard but fair-minded too. It cannot be beaten for community spirit in my experience and I have only great memories of the place. It seems its fortunes are on the rise. It should be held in a much higher regard among Glaswegians, Bohemian for sure.

By Christmas I was settled, positive and looking ahead with optimism. By then, I had strengthened and loved pushing my chair, along the Clydeside, to and from the city. Its the best form of exercise I have found. Gyms were trialled but the best exercise was the traipse to and from the sweat factory. I kept fortunately healthy and pain/spasm free.

New Year and a whole new old world to explore, in a sitting position. Culture became my.main motivation and going back to the GFT, Monorail, Waterstones and CCA brought me a sense of the old familiar, and the chance to see friends. This I found to be a further comfort in acceptance to my new situation. My friends saw me for who I had always been to them, not the disability. I was put at considerable ease with being made to feel like that. Confidence rising.

In January, I went to my first gig in a wheelchair… 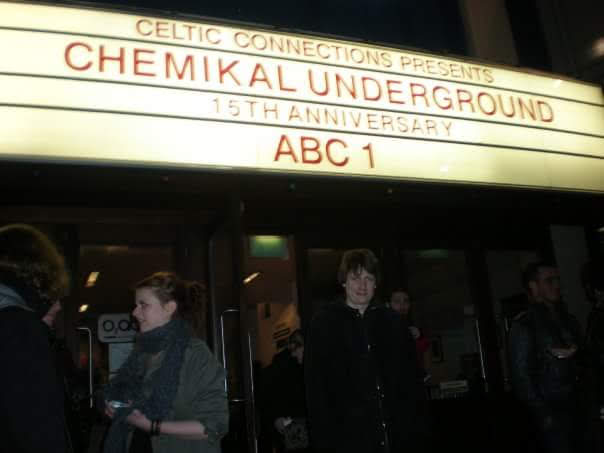 Some trepidation but the staff at the ABC were terrific and I was immediately at ease. I especially enjoyed being part of the crowd and not tucked away in a booth. The gig was amazing.

Over 2008, I prioritised ticking off a personal bucket list of venues and events to attend as well as educating myself with resources I could tap into. Bureaucracy was as much an ass then as it is now. I found importance in engaging with related charities and other contacts the Spinal Unit had introduced me to. I kept myself busy. Soon, such was the level of positive outlook, I would be considering the unthinkable just a few short months before, to return to some work or some study again.

Next Time: Challenge Your Battles Every Day

I support and fundraise for https://www.sbhscotland.org.uk/ @SBHScotland in the exceptional work they carry out across Scotland, in a challenging funding environment.

Throughout 2018, my friend Stevie Thomson has been running on my behalf for the charity. His considerable efforts have been met with such generous pledges and kind messages of support. The link is here

Please see these links for further info, contact details and how you can support and be assisted by this vital, donation led charity.

Thank you for reading.